Carlos Motta and Struggles for Self-Realization

During the 2016 US presidential election, Donald Trump launched bigoted verbal attacks on groups such as Muslims and Mexicans but maintained a reputation as relatively enlightened on other social issues. The New York Times, widely seen as the liberal paper of record, specifically featured Trump’s progressive views on armed conflict and LGBTQ rights. Months later, these positions were revealed to be pure rhetoric without substance.

Is it possible to respect the rights of some while ignoring those of others? Or can we tie together struggles against different forms of oppression?

A new show of Carlos Motta’s work at the Medellín Museum of Modern Art, “Forms of Liberty”, focuses on imperialism and queer rights. While each of the pieces seem to fall into one of these two categories, we can view them as a unified investigation into power relations, identity, and agency. 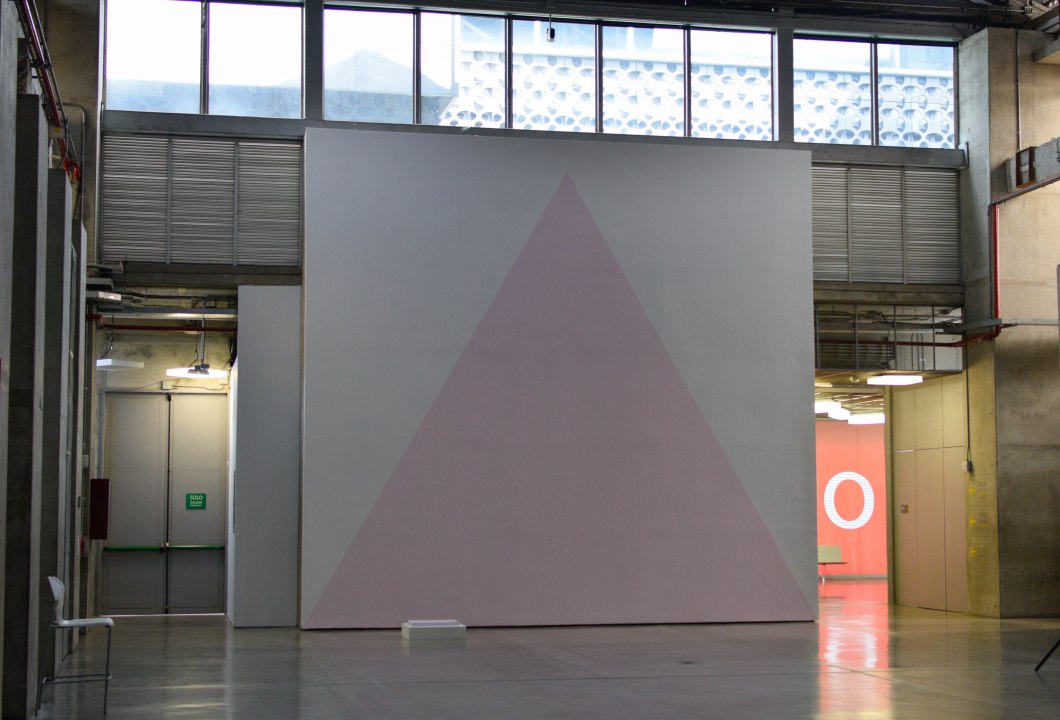 The exhibit starts in a large, warehouse room and continues in adjacent smaller rooms. Two large works on either side of the warehouse room represent the two predominant topics of the exhibit. By the entrance, a large pink triangle stands as a symbol of queer rights. Below the triangle is a pamphlet with a history of victories in the fight for LGBTQ rights. This recurring piece is called “Forms of Freedom”.

On the far end, four semi-circular shelves support monitors showing interviews with strangers on democracy and US intervention in Latin America – a video installation called “The Good Life”. Interviewees talk about the lack of political representation for the poor, US interference in 20th century Latin American democracies, and corruption under US imperialism. Another pamphlet lists US interventions to destabilize different Latin American governments. 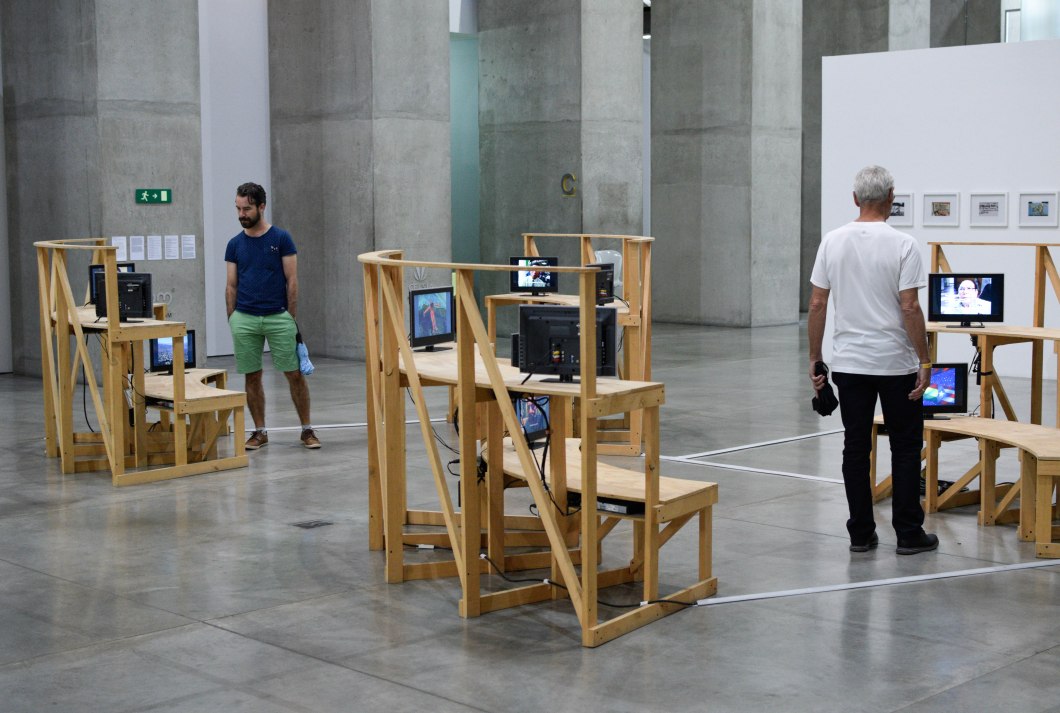 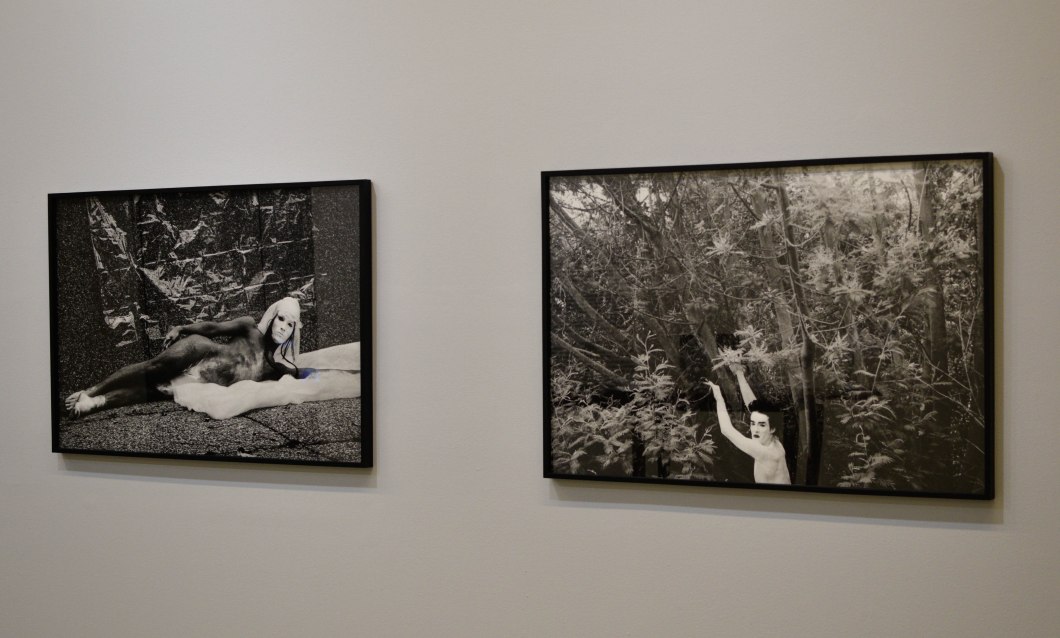 “Towards a Homoerotic Histiography” contains replicas of pre-Columbian homoerotic miniature sculptures, each displayed individually in the manner of a piece from a state museum’s jewelry collection. Motta has described his art’s relationship with history and archival processes in the past. Regarding a copy of “Forms of Freedom” entering the Guggenheim’s permanent collection, the artist said, “I like to think that it’s a little intervention in the history of the collection. Even though the piece was created to be disseminated freely, I think it is very important that this artifact will remain as something that is archival, that is protected, and has the level of an artwork. And that will remain in the collection of the museum for as long as we know. That history will become a part of this hegemonic construct of American art.” 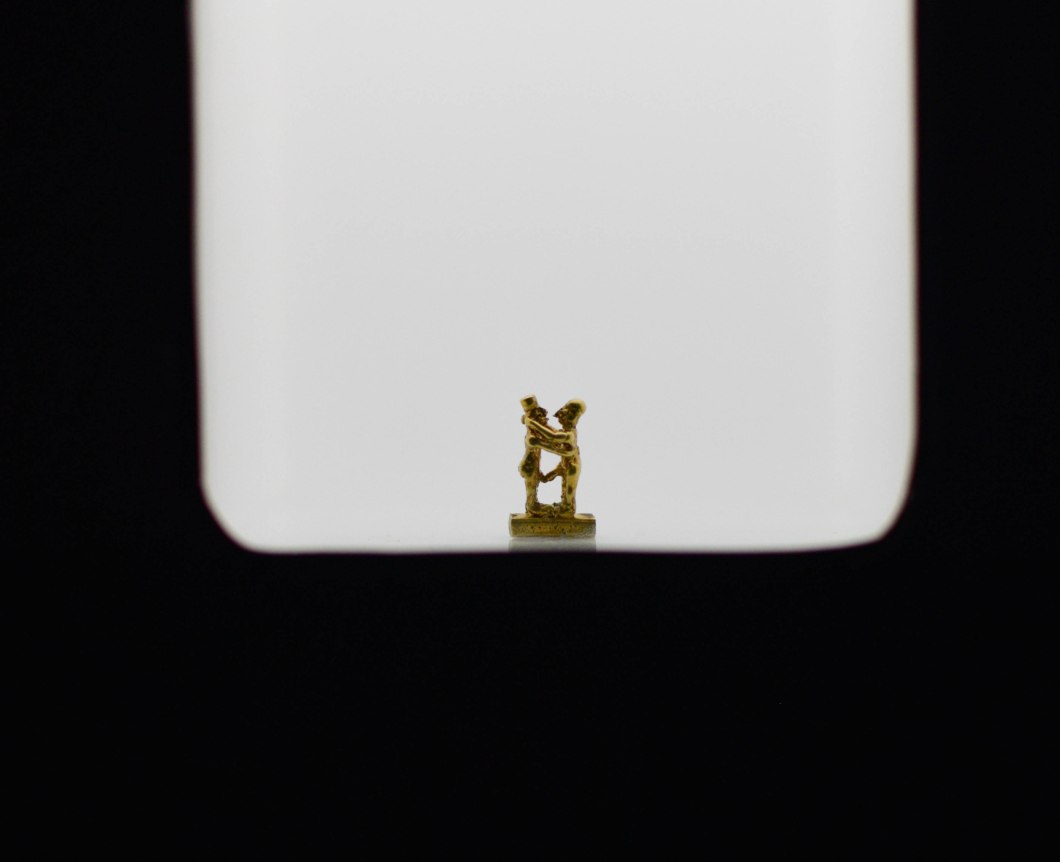 The more I listened to the interviews in “The Good Life”, the more I began to see the people’s frustration in terms of a struggle for self-determination rather than the material symptoms of poverty and corruption. Multiple subjects tied their countries’ inequality and faulty democracy to US intervention, whether military or economic, viewing the US influence as imposing an unforgiving, profit-maximizing system at odds with their own values. Both imperialism and bigotry require an oppressor to ignore a people’s agency or autonomy. “Forms of Liberty” can be seen as a cohesive narrative of the struggle for self-realization rather than an exhibit on two separate social justice issues. It’s also a reminder that we can’t get fooled by people who claim to respect human rights with qualifications. 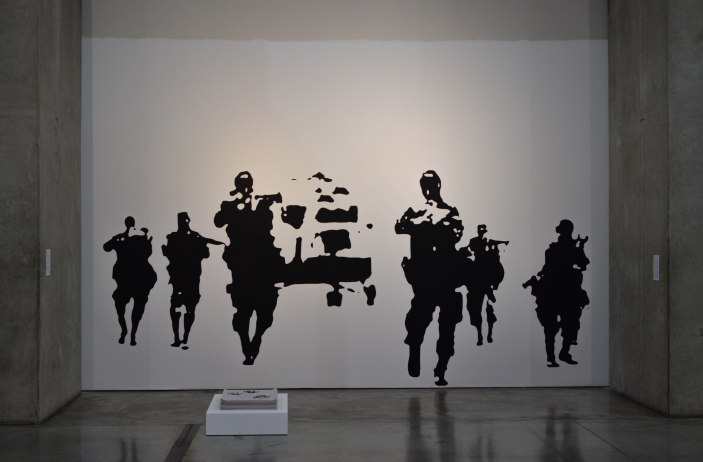 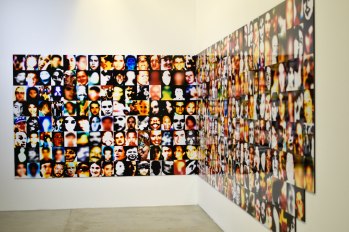 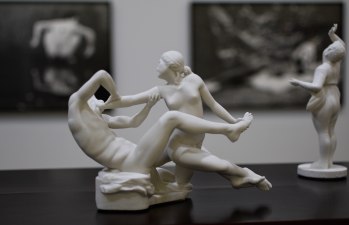